This ‘lost’ fountain once stood at Dashwood Square in front of McMillan Hall which housed the municipal offices, old Town Hall. It was featured in the town seal used in the 1980s. 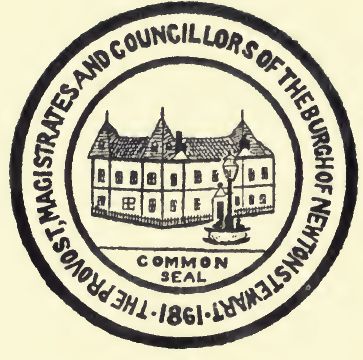 The combination cast iron lamppost and fountain remained in situ until the advent of the motor vehicle rendered it obsolete. It was removed to improve the flow of traffic in the late 1940s. 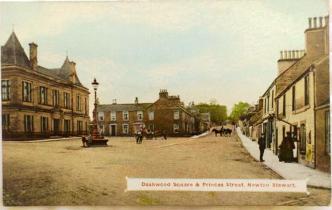 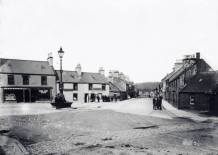 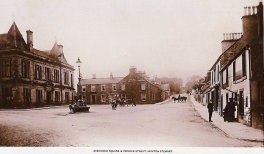 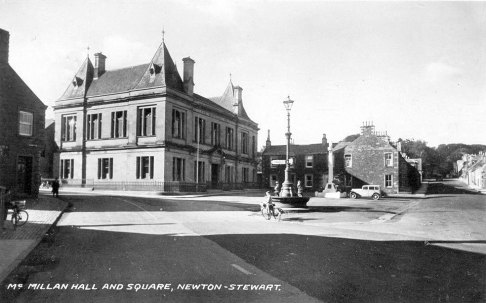 The fountain seated on a circular plinth was a design by George Smith manufactured at the Sun Foundry in Glasgow. The round base supported a large drinking basin for horses and offered a trough for small animals at ground level. A multi-tiered central column which extended into a lamp pillar was flanked by two putti holding upturned urns from which water poured. The figurines advertised as Boy with Paddle and Urn stood on a short pedestal that contained a button to release a flow of water from the urns.

When it was scrapped post-war, the two ‘boys with paddles’ were rescued by the mother of the curator of the local museum and found a home in the Public Gardens. 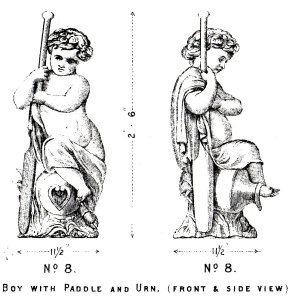 This entry was posted on Wednesday, July 3rd, 2019 at 10:11 am and tagged with Boy with Paddle and Urn, Dashwood Square, Dumfries & Galloway, McMillan Hall, Newton Stewart, Wigtownshire and posted in Architecture, Cast Iron, Lost, Scotland, Sun Foundry, Trough. You can follow any responses to this entry through the RSS 2.0 feed.
« Lion Mascaron Pillar Fountains
Max Wagner Fountain »