The Square Fountain tends to be a bit of a misnomer as it refers to the location (the Square) and not to its shape.

It was erected on the site of an old well in 1882 following a monetary donation from John Drysdale, a former East Linton native who settled in Buenos Aires, Argentina to become a farmer/rancher/businessman.

The fountain manufactured by the Sun Foundry is number 6 and was advertised as 11 feet high to the base of the centre lamp. The round pedestal base made from finely cut stone houses a dedication plate and supports a7 foot 9 inches wide cast iron fluted basin with palmette relief. A quatrefoil central column also decorated with palmette relief is flanked by four figures of young boys with pouring urns (casting number 7.) A fluted shaft emerges from a smaller basin (3 ft. 8 ins.) into which lion masks spout water. The finial consists of three lamps.

In 1990, the fountain was listed a category B historic building.

There are similar fountains throughout the world: Currie Memorial Fountain in Durban, South Africa; St. Arvans near Chepstow, Wales; and Tranent, East Lothian, Scotland, all of which I will eventually blog.

Site of the old well Used with permission Alastair Seagroatt 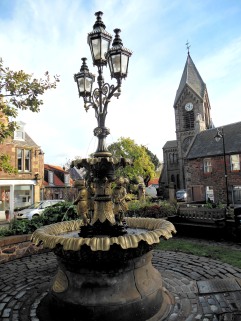 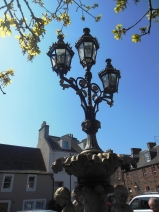 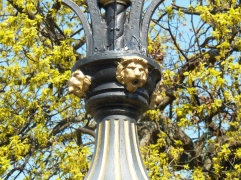 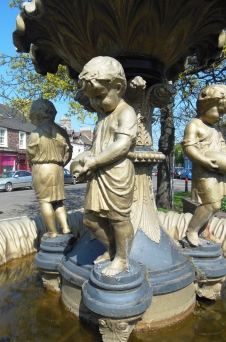