In the early years of the 20th century a triangle of land at the Intersection of Oak and Middlesex Avenues was donated by Metuchen Building and Loan to house a public drinking fountain/horse trough. Following fundraising efforts, which included ball games and minstrel shows, the fountain was purchased by the Woodwild Park Association, and was erected in 1903 at the edge of the road where it was accessible to horses.

With the advent of the motor vehicle it became a traffic obstacle and was moved back from the edge of the road where it currently remains. The structure is maintained by members of the Woodwild Park Association and was restored in the 1980s. In 2016, an evaluation of the structure revealed substantial corrosion resulting in the removal of the fountain to Alexander City, Alabama where it will be restored by the restoration company, Robinson Iron.

Casting number 50 manufactured by J.L. Mott Iron Works consists of a square base with four inset panels supporting a central column with additional panels. A fluted demi-lune trough with a decorative shield protected the float valve and ball cock from damage by horses. There was originally a smaller basin at ground level for dogs. On the opposite side a basin supported by console was available for people. The cornice beneath the capital is decorated with a frieze of acanthus. A large capped urn is seated on a three tiered acroter.

Status of structure June 2018 shown in the images below.

The village of Allanton is a single street standing high above the confluence of the Whiteadder and Blackadder Waters, the site of two bridges. Allanton was part of the estate of Blackadder House.

There is little information available regarding the fountain located close to ground level and set into a wall of sandstone. It bears some resemblance to designs by the Coalbrookdale Company of Shropshire, England but the manufacturer cannot be confirmed.

The recessed arch containing the drinking well is flanked by foliate enrichment, two putti playing musical instruments and a central mascaron of Poseidon surrounded by reeds. Within the arch is the date 1815 and the letter B which may refer to the Blackadder Family/House/Estate; however, this is speculation. A metal key which hangs within the niche was likely inserted into a rod in the ground which turned on the water flow.

The fountain was listed a category B historic building on 26 March 1997. The basin visible in photographs in 2006 is missing in images from March 2009. The remaining ironwork at the base of the structure is brittle and corroded. 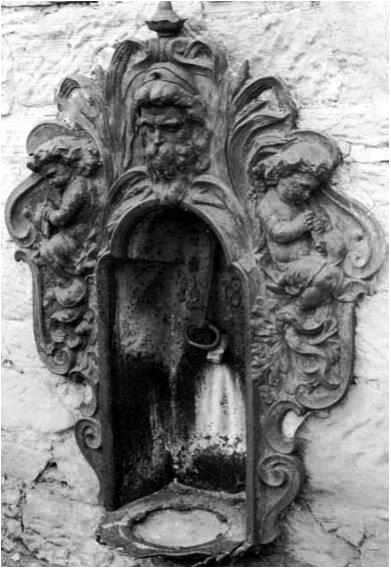 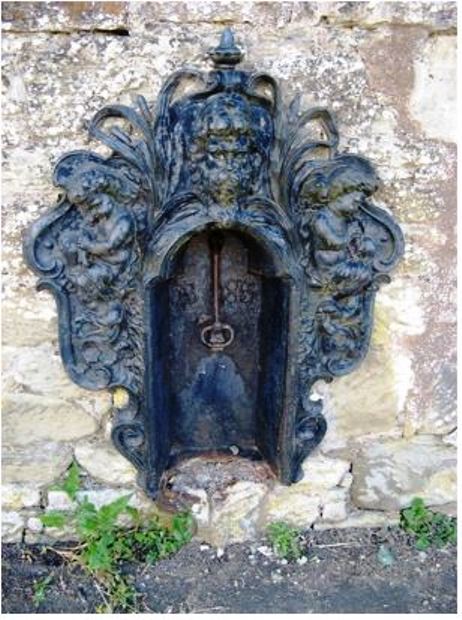 The Sidney Cooper Weston Fountain was erected by public subscription in 1897 in remembrance of Weston who was a Christian philanthropist, a tireless temperance advocate and a member of The Society Of Friends (Quakers). An obituary published to mark his death summarised his achievements as a professional photographer who numbered among his patrons members of the Royal Family and many of the nobility.

The fountain which originally stood at the Leas Promenade was used as a public drinking fountain until it was moved to its present location at Wear Bay Road circa 1920 to allow for the construction of the War Memorial to the dead of WWI (unveiled on 2nd December 1922). The fountain was restored in 1981 by the New Folkestone Society and repainted in 2006. However, it was vandalised only three years later. A donation from Councillor Roland Tolputt in 2010 funded the repair of the pump and filters.

The drinking fountain is a variation of Andrew Handyside & Co.’s design #16 manufactured at the Brittania Iron Works. The structure is seated on a circular plinth. A quatrefoil base forms a shallow trough in which the central pedestal stands. Four piers support putti holding water urns while seated on a block of floral decoration. A dedication panel is attached to the flat surface of a pier. Erected / 1897 / By Public Subscription / In Memory Of / Sidney Cooper Weston / Of This Town / Christian Philanthropist / And / Gospel Temperance Advocate / Born Dec 29th 1842 / Died Jan 25th 1893 / Psalm 41.1 Blessed Is He That / Considereth The Poor.

Within the recessed canted corner of each pier is a shield with roundel surmounted by a fluted demi-lune basin into which a mascaron of Poseidon spouts water. Each mascaron is bound on the side by a decorate pilaster in scroll form and bordered above with a fluted cornice into which is an engraved block; Restored / By The / New / Folkestone / Society / 1981.

The bulbous base of the fluted column is decorated with acanthus leaves. Two decorative bands lead to the enriched Corinthian capital which supports a central lamp with two additional lamps on elaborate consoles. 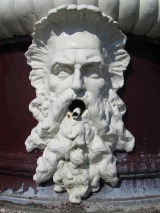 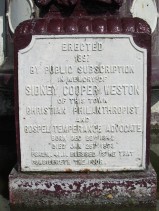